🎓 Blocks are the question types in Tripetto.

📇 All popular question types are available as convienant stock blocks.

👩‍💻 Developers can extend Tripetto with their own custom blocks!

Blocks are the third core pillar of Tripetto. It is our synonym for question types. But they're certainly not limited to just question types, as you'll soon discover! Besides a collection of stock blocks (blocks developed and maintained by the Tripetto team), you can extend Tripetto with custom blocks. You can build them yourself with the SDK. The sky is the limit here because you can build whatever you want. 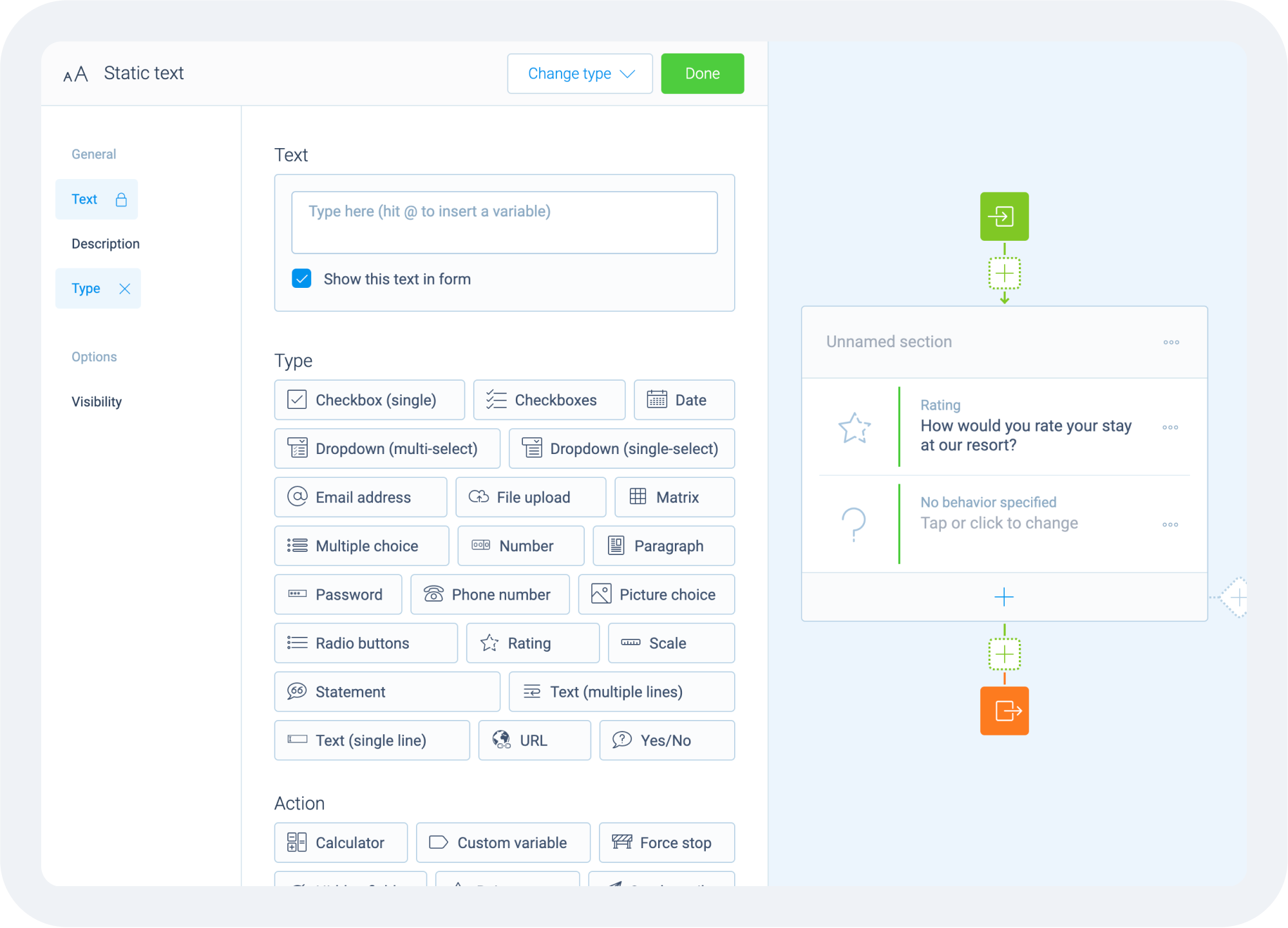 There are three types of blocks used in Tripetto:

Visual blocks are - as the name suggests - blocks that the user can see and interact with (for example, a text input field). A block is not limited to a single input field. It could also define a set of multiple-input fields (for example, an address input block).

The last type of blocks are condition blocks. These are also invisible blocks that do not appear in the UI of a runner. Instead, they contain logic and are used to define branching conditions.

All types of blocks need two parts to let them work properly:

The builder part instructs the builder how to manage the block. It defines the configurable properties and settings for the block, which can then be managed with the visual builder.

It is good to remember that these two parts of a block do not necessarily have to live within the same codebase. They can completely be separated. We tend to do that with the stock blocks we develop. We often publish the builder part of the blocks as npm package, but keep the visual runner part inside the runner repositories. This makes sense since the look and feel of each block in the runner greatly depends on the type of runner.

Want to use one of the available stock blocks that are developed and maintained by the Tripetto team?

Or, want to start building a custom block? Then start reading the custom block documentation and learn how to develop your own block for Tripetto.